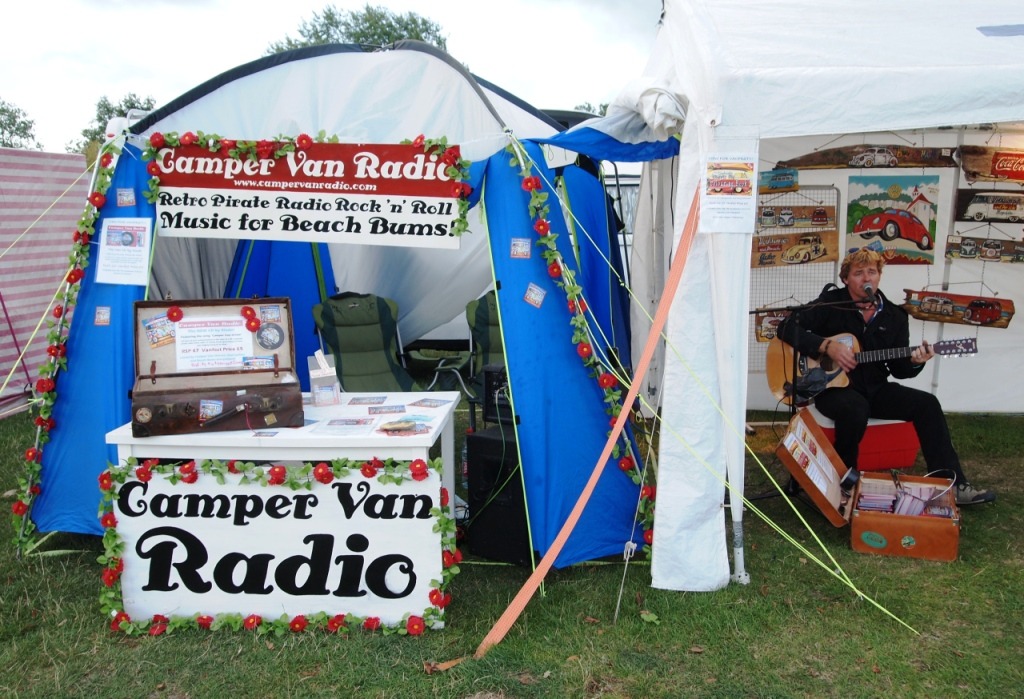 On our last VanFest’11 we meet this funny Retro Pirate Radio Rock ‘n’ Roll which plays music for beach bums as his owners tell us. 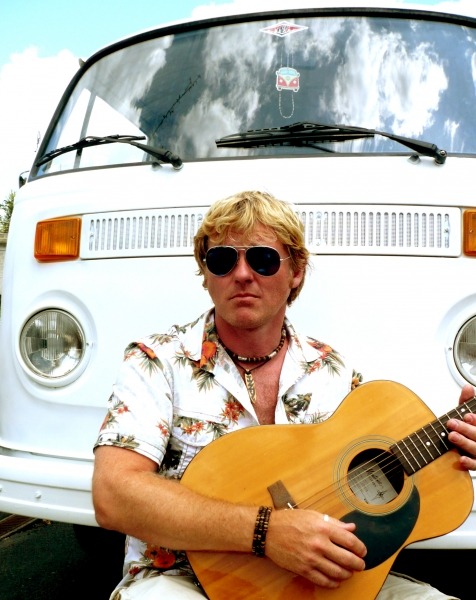 Kludo White is a professional musician, actor, artist, teacher and of course Camper Van enthusiast. He spent his teenage years touring the UK and America with his band and painting up old Beetles and laid the foundations for what were to become life-long passions. In his twenties he trampled the boards in Rock ‘n’ Roll theatre shows in the West End and across the UK, studying and playing some of his all time musical heroes such as John Lennon, Eddie Cochran, Roger Daltrey, and Elvis. 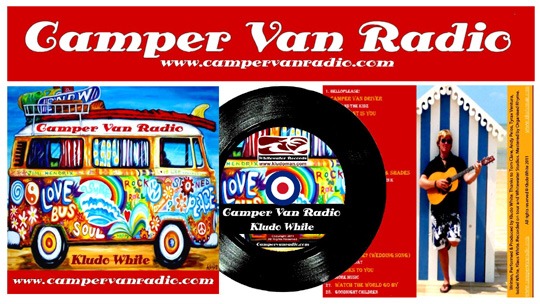 After a few years getting back into his painting and touring in the Camper Van, Kludo is back with his new CD, Camper Van Radio.

“I love the 50’s and 60’s; the music, the culture, the fashions. I love Camper Vans and the great people I’ve met because of my van. I love being creative, I love the idea of combining artistic disciplines and this is what I’ve done with Camper Van Radio. The music reflects the inspiration I took from the Beatles, the Kinks, The Who, Edie Cochran, Gene Vincent, The Stones. It’s a tribute to them in a way. The songs tell the story of the sense of freedom we all look for in ouselves and in our lives; it’s surfy, beachy, summery and light-hearted. The radio show idea brings a bit of humour and reflects the pirate radio culture of the sixties. The songs are catchy and get you singing along. The “Love Bus” cover design is a painting I did which is always popular at the shows I do. I’m really pleased with how the whole album has come out. It’s for anyone who drives a camper van, or just loves camper vans, loves 50’s & 60’s music, loves surfing, loves the summer, loves free living, loves life! I hope you enjoy it!”