Seville, the political and financial hub of Southern Spain, is also the Capital of Andalucía. This monumental city, rich in museums and galleries is one of the country’s most evocative cities.

It makes for a fascinating and romantic destination in a Flamenco Campers camper van. The locals, known as ‘Sevillanos’ like to be considered the most sophisticated in Andalucía. They adore dressing up, and showing off is almost part of the city culture! There always seems to be something being celebrated in this city, and its annual April Fair is one of the most famous in Spain. It all adds up to Seville being one of the most seductive Andalusian cities, full of colour, energy and passion.

Seville, or Sevilla as it is known in Spain, is in the north west of Andalucía, to the south of a beautiful mountainous area, known as the ‘Sierra Norte de Sevilla’ which offers spectacular scenery.

How to get there

Andalucía’s cities are exceptionally well connected by a modern motorway network.  From the Flamenco Campers office near Malaga’s airport to Seville is a little over 2 hours’ drive taking the fast A46 motorway north, and then feeding onto the A92 motorway west. 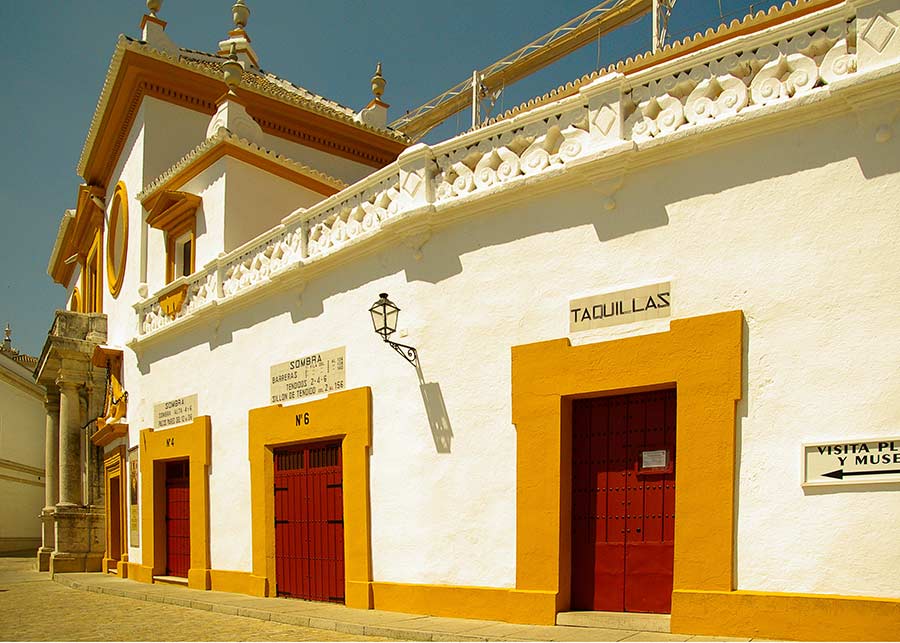 Alternatively, you can make the journey an integral part of your Flamenco Campers holiday, taking the by-roads, and stopping off at remarkable sights along the way, including the stunning town of Antequera, with its baroque architecture. Or the UNESCO Dolmens, a place of protected megalithic monuments. A little further on is the vast El Torcal natural reserve. This is a place of stunning stone formations, a wonderful place to hike, picnic and be embraced by nature.

Once you arrive in Seville, you will be at the heart of Andalusian culture, Home to the most extravagant ‘Semana Santa’ Easter week celebrations, and with a local culture steeped in flamenco and bullfighting, a visit to Seville is to be intoxicated by all things Andalusian.

The city became absurdly wealthy during Spain’s golden age, when Seville was the hub of trade with the new New World. So, you can expect some beautiful architecture in the city centre. A fine example of this wealthy period, is the ‘Palacio de la Condesa de Lebrija’, set back from the busy commercial pedestrianised street of Calle Cuno. This sixteenth century mansion has original Roman mosaic floors, taken from the nearby ruins! It is also home to the most extraordinary and eclectic collection of archaeo