Discovering Al-Andalus in a Campervan

The monumental secrets of Andalusia’s cities

Taking a Flamenco Campers campervan vacation in Andalucia is not only a unique way to experience Southern Spain’s mountains, forests and its Mediterranean coast; but it’s also the perfect opportunity to discover the region’s extraordinary cultural and architectural history.

Andalucia was once at the heart of the sophisticated Al Andalus empire. To inspire you to discover this captivating part of Andalucía’s past, here at Flamenco Campers, we highlight the attractions of Cordoba and its exceptional Mosque of Abd al-Rahman; the medieval city of Medina Azahara, only now beginning to reveal its secrets: and of course, to Granada and its Alhambra, probably one of the most spectacular citadels in the world.

Granada and Cordoba are two of the most historically rich cities in Spain, and are home to unique and exotic Al-Andalus architecture. The cities are also home to a modern and vibrant culture, with a great food scene. These cities will leave lasting memories.

How to Get There

From our Flamenco Campers base near Malaga take the brand new A46 motorway that sweeps through the beautiful Malaga countryside, taking you north towards Antequera.

Bare left to take the A-92M that leads you north east to Granada, the capital of its province. The journey will take out about 90 minutes, but we’re sure you’ll take a few detours as there is lots to see, including the beautiful Lecrin Valley.

Then to reach Cordoba, take the A-92M back towards Antequera, and then join the A-45 north all the way to Cordoba. It’s a 2-hour run, but you’ll be tempted to take detours and stops as there so much to see on the way.

This regional capital is a vibrant business centre and university city. It is close to the Sierra Nevada mountain national park, which in winter is home to Andalucía’s main ski resort, whilst in summer it is paradise for hikers, mountain bikers, and climbers. 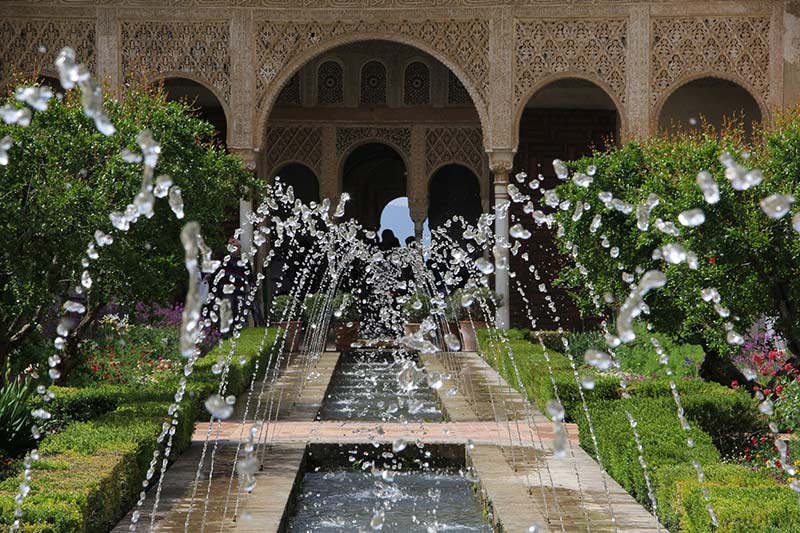 Within the city, there are three main historic areas; firstly, the Albaicin the medieval old town; then opposite across the narrow river Darro is the hilltop citadel of the Alhambra; and finally, the flamenco community of Sacromonte.

Granada’s Albaicin, and neighbouring Sacromonte district famous for its Andalusian ‘gitano’ flamenco, is a truly mesmerising place. For centuries, this unique area has been an artistic muse for outsiders. The romanticism surrounding Granada reached its peak during the nineteenth cent

Today the district’s narrow labyrinthine streets are full of historic treasures including the Arab baths known as ‘El Bañuelo; the convent of Santa Isabel la Real; and the palaces of the ‘Casas de Chapiz’. In addition, visit the ‘Casa Zafra’, with its peaceful central reflecting pool.

This palatial city consists of six palaces and two tower-palaces, of which the Palaces of Comares and of the Lions have been preserved.