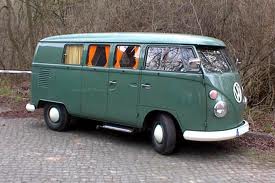 The first generation of Volkswagen vans were built from March 1950 to late 1967. The most characteristic feature of this model was its front windscreen split into two parts. Its production began in the Wolfsburg before moving to a new factory in Hannover, specially designed for the production of these vans in 1956. 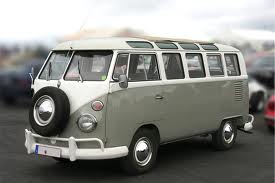 The first T1 was powered by a 1,100 cc and 24 hp engine from the VW Beetle and was designed by the Dutch VW importer Ben Pon. Initially two versions were offered, the Commercial or Panel van and the Kombi, with two rows of removable seats and three windows on each side.

Larger engines followed, along with other versions of the van, including the Deluxe Microbus (or Samba), with its bright roof lights, cloth sun roof and decorative chrome strip that separates the two-tone color scheme. Quite a miniature luxury bus! 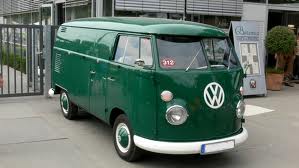 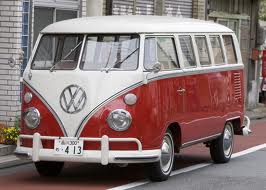 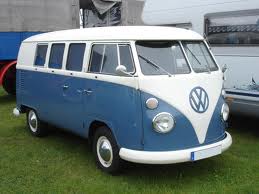