After a turbulent night in Cádiz, with uninvited guests, we continued our Andalucía tour the next morning, as planned.

The first part of my trip report ended in Cádiz, Europe’s oldest city.

What happened to us that night can be read in the next article, in which we will describe Lola –our VW T4 California Flamenco Campers van–, as well as giving detailed information about accommodation places.

Then we opted for the easiest solution: breakfast in the sun at McDonald’s before leaving towards Jerez de la Frontera.

As usual, we had been going round and round until we found a free parking space for Lola in a side street. We then began the city tour itself, which led us to Tourims Info at Plaza del Arenal where we got not only a map but also some advice in German! We wanted to take a stroll in the city, famous for its sherry production. So, a visit to a Bodega was a must. 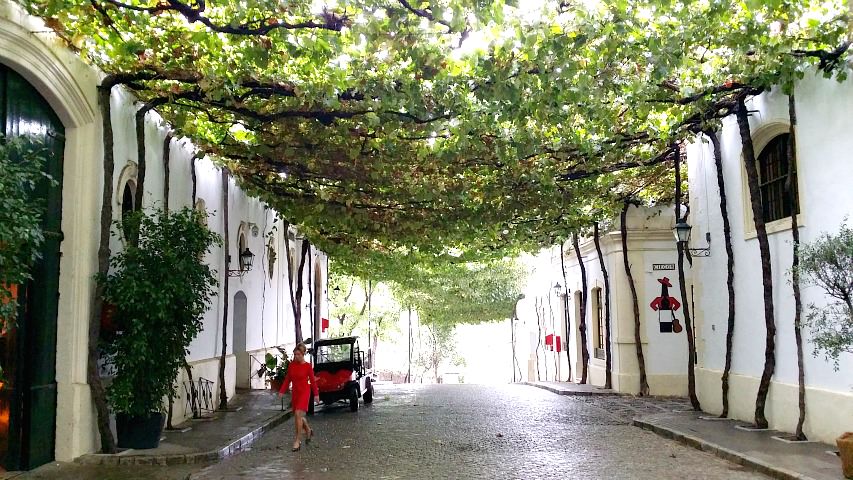 We chose Bodega González Byass, the producer of the famous Tío Pepe sherry. As it was just a few minutes on foot, we decided to get to the bodega by 14:00, as our German guidebook recommended. Previously we had explored the main buildings and landmarks of the city and spent a good time at the bodega. There are different versions of the tour. We opted out for a tour with the tasting of 2 wines and 3 tapas for just € 16 per person. 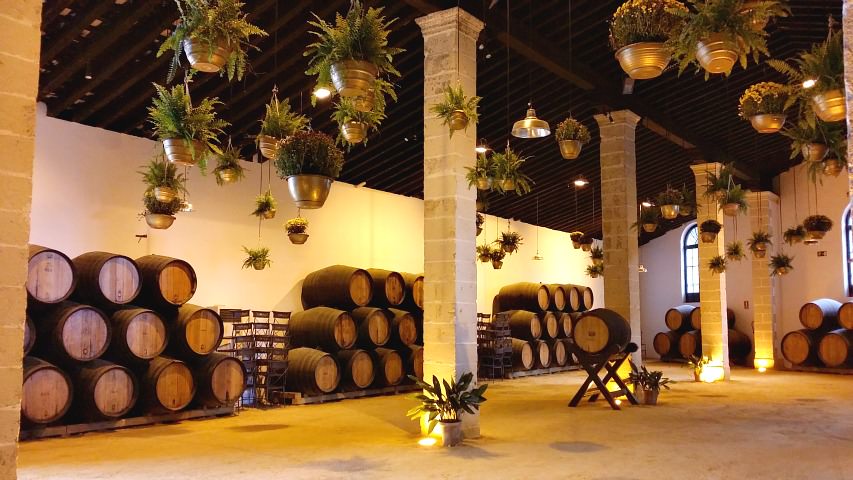 Together with the very friendly staff of the bodega, we ran into the cellars and learned lots of interesting facts about the sherry and its production. We had no idea about how many different kinds there are and how they differ in terms of production.

And who would ever thought that the word sherry gets its name from the impossibily of English people to pronounce jerez correctly?

The tour was fairly informative: there were fascinating insights into the production and storage building that impressed even architecturally, especially in the area dedicated to tasting where we were given two kinds of sherry to taste. Luckily we had ordered the tapas to avoid a more than probable hangover!

As we had booked the return flight with Ryanair in terms of no possible changes, there was no undue danger concerning the baggage. So we bought only two T-shirts for children and a bottle of wine to drunk during the holidays and one small bottle of the original Tío Pepe. Before leaving Jerez de la Frontera, we stopped at a Carrefour supermarket to get some supplies.

In the late afternoon we reached the spectacular white village of Arcos de la Frontera. 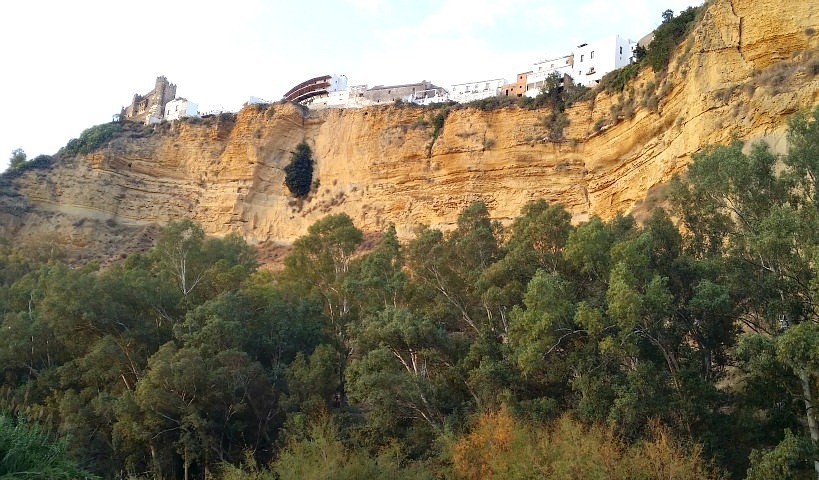 Looking for a suitable, well-located parking for Lola, I strained my wife’s patience considerably, but it was worth it because we finally stood in the middle of the old town and were able to start our tour without having to deal with prominent slopes.